Welcome to the New AmmoGarand One Stop! 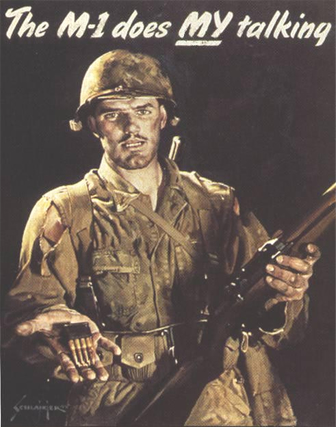 The NEW M14 Complete Owner's Guide - How to select, configure, operate, maintain and upgrade your own M1A or other M14-type rifle by Walt Kuleck

The NEW M14 Complete Owner's Guide - How to select, configure, operate, maintain and upgrade your own M1A or other M14-type rifle by Walt Kuleck

WHY A NEW M14 COMPLETE OWNER'S GUIDE? This book is the latest volume in the Scott A. Duff Publications' Guide series. The NEW M14 Complete Owner's Guide is like the other Guides; its purpose is to give the new M1A or M14 owner a head start towards an in-depth understanding of the history, operation, maintenance, upgrading and use of his or her rifle, while providing the experienced owner knowledge that they don't yet have, with the intent of giving even the expert new insights into the M14-type rifle. Imagine that it's December 1941; the US has entered World War II, reluctantly but steadfastly. As Japanese forces storm Wake Island and the Philippines, our troops recognize the inadequacy of the M1903 Springfield and M1 Garand. The GIs in the field clamor for a more effective weapon; in response, the Army begins to retrieve M1888 Trapdoors from War Reserve storage and issues them to the eagerly awaiting infantry. The Trapdoor's hard-hitting .45 caliber 405-grain lead bullet really puts the enemy down the way the .30-'06 can't. Absurd? Of course. Yet, after the infamous attacks of 11 September 2001, something not so different happened. The US Rifle, Cal. 7.62-MM, M14 began to pop up like mushrooms after a summer rain, in both stateside Army units and, as we deployed to Afghanistan and later Iraq, in-theater. The reason? None other than that the M14's hard-hitting .30-caliber 150-grain bullet puts the enemy down the way the 5.56-MM can't! The Purpose of This Book As a consequence of the Global War on Terror, the M14 and its semiautomatic civilian analogues are experiencing a renaissance in popularity, variety and effectiveness. What once was primarily the bailiwick of Service Rifle Match shooters and the occasional nostalgia seekers is now the foundation for a new breed of battle rifles. The story of the development of the military select-fire M14 is filled with twists and turns, political intrigue, and, oh yes, a few technical challenges. As tortuous as the development of the M14 proved to be, the development of the semiautomatic versions of the select-fire M14 made the creation of the latter seem to be simple and straightforward. In The NEW M14 Complete Owner's Guide, you'll discover the fascinating stories behind today's military M14 and civilian semiauto M14. Before the turn of the millenium civilians were content with wood stocks and mild modifications. The contemporary civilian semiauto M14 is now not just a replacement for the Garand, but also the basis for replicating the new military adaptations in their multitudes. However, the civilian today is not limited to that which the military has developed; you have the choice of barrel length, muzzle device, stock type, stock chassis, optics, you name it. In The NEW M14 Complete Owner's Guide you'll learn about the rich variety of choices that's the lucky lot of the modern M14 owner and shooter. But, this book goes further, further than even the military manuals. You will find a great deal of detail on selection, disassembly, assembly, maintenance, troubleshooting, magazines, ammunition, upgrades and more. You will also gain an understanding of the principles involved making the choices for your rifle that will satisfy your wants and needs. Whether M14 novice or experienced aficionado, you will benefit from the knowledge and understanding you'll gain from the Guide. It's a must-have volume for any M14 owner or enthusiast! The NEW M14 Complete Owner's Guide is 6" x 9", is Perfect bound with a laminated soft cover, and has 211 Pages and 255 Photographs. All copies are signed by Walt Kuleck!